Tokelau is a dependent territory of New Zealand in the southern Pacific Ocean consisting of the three tropical atolls Atafu, Nukunonu and Fakaofo, which have all approximately 450 inhabitants each. The atolls are inhabited by Polynesian Tokelauans for over 1,000 years now. Tokelauans did have their distinct mythology centered around a local godness, speak a unique language and developed their own style of music. Today, Atafu’s residents are Protestants, while the Nukunonu society is Catholic and Fakaofo is mixed between both denominations. In 1863, the US  Jennings family, which owned the closeby Swains Island, helped Peruvian slave traders to navigate to Tokelau and depopulate the entire able-bodied male population. Almost none of them ever returned, as a smallpox epidemic broke out in Peru killing 93% of all Pacific Islander slaves. Over the years, Polynesian, American, Scottish, French, Portuguese and German migrants settled on the atolls, married local women and repopulated the atolls. The political belonging of Tokelau was only cleared in the Treaty of Tokehega in 1979, giving New Zealand sovereignity over the islands.

The 1,500 Tokelauans are arguably amongst the most sport-crazy in the world! About half the population is said to participate in the annual “Tokelau Games” in which the atolls compete against each other in rugby sevens, netball and kilikiti, the Polynesian form of cricket. Like Norfolk Island, the internationally most successful sport of Tokelau is Lawn Bowls. The nation won 3 gold medals, a silver and a bronze medal in the Lawn Bowls events of the 2007 Pacific Games, which thus saw them finishing as the 12th out of 22 participants in the medal table.

The only international sport federation Tokelau is a member of is the table tennis governing body ITTF. The body paid Tokelau several visits to introduce and spread the sport locally and ultimately helped them joining the organisation in 2010. The sport Tokelau remains most famous for, though, remains Rugby in all of its forms. In 1983 the tiny territory did send a rugby union 15s team to the Pacific Games in Samoa, where it only narrowly lost to the much bigger Papua New Guinea. Lately, they have preferred rugby sevens, mostly due to the issues to organize a 15s leage locally. Their probably last international matches were played in a rugby sevens tournament in the Cook Islands in 2009. Even better than the rugby union teams are the Tokelauan rugby league selections. The national team has competed at the Pacific Cup in 1986, 1988 and 1992, before making a comeback in 2006. Just in 2019, the team made another comeback, this time in rugby league 9s, at the Pacific Games and could beat the Solomon Islands.

While some sources do claim that there is a two-tier football league in the country, there is no evidence of this whatsoever. 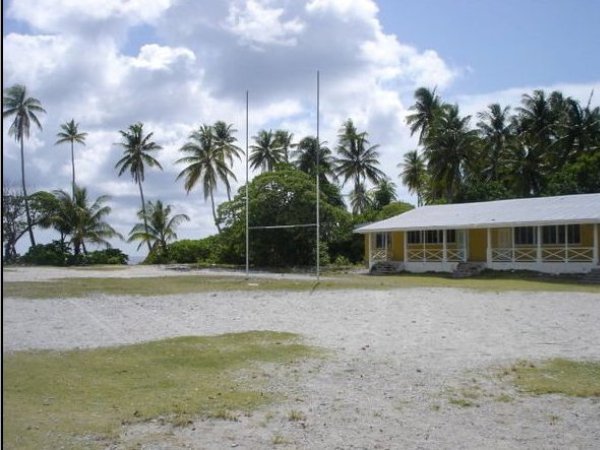 Uncharted Football got in touch with Uele, a Tokelauan currently based in Samoa, who actually plays football. He and his three brothers were keen to further the game on the atolls, but also admitted that the sport has never been seen anywhere close to Tokelau, yet. Due to the incredibly hard travel regulations, and repeated failed attempts to get a travel permit for Tokelau, we had to postpone working with Tokelau until their travel permission system is reformed.