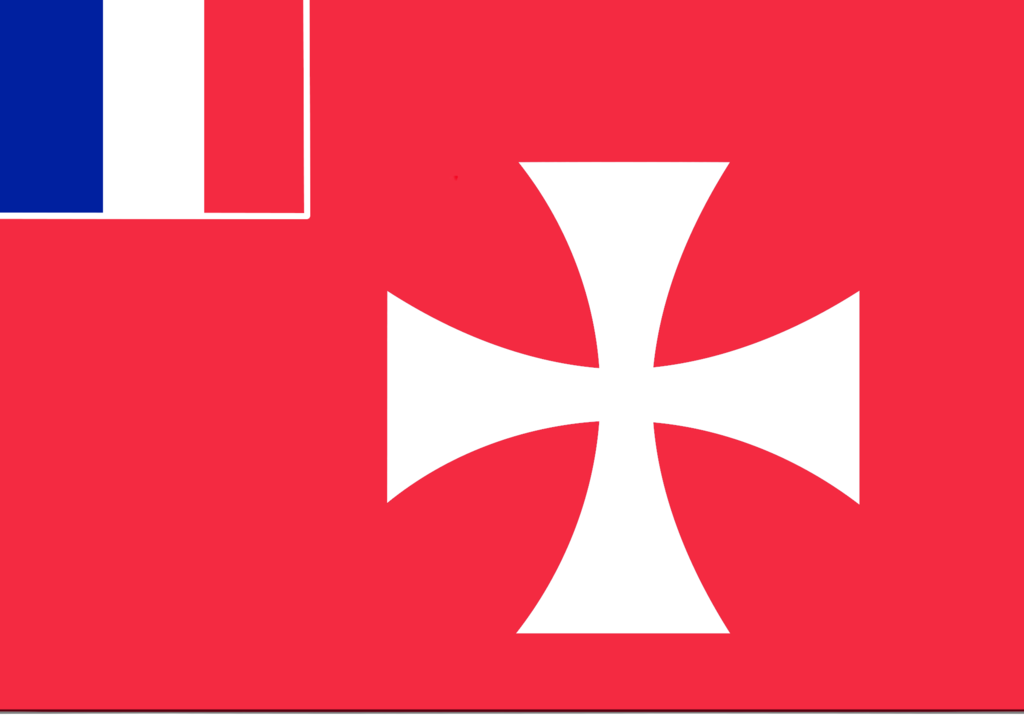 Wallis Island, or ‘Uvea, as it is called in Wallisian, is the larger of the two islands making up the French Oversea Collectivity of Wallis and Futuna. Almost 11,000 people live on Wallis Island, of which only a tenth lives in the capital Mata’utu. As a volcanic island with fresh water lakes, fertile soils and plenty of rain, living conditions have always been favourable in a region where many other islets and atolls miss all of the above. The island was part of the Tongan maritime empire between the 13th and the 16th century, when the influenced of the Tu’i Tonga declined so much that ‘Uvea became important in itself. The last fortress of the Tongans, before they were defeated, was the fortress Talietumu in the southern Mua region of Wallis Island. While Wallis Island is under French rule until today, it remains to, additionally, be governed as a traditional customary kingdom, albeit the throne is vacant since King (Lavelua) Kapeliele Faupala was removed from office in 2014. Unlike in many other oversear territories, the vast majority of the population speaks Wallisian (Uvean) in daily life.

By far the most popular sport in Wallis is rugby in all of its forms. Still being a French colony is a mixed blessing for the sport, as some of the best Wallisian rugby players, like 46 time French international Sebastien Vahaamahina are regularly scouted by French clubs and then leave the island and their national team. Wallis and Futuna, as a collectivity, have even hosted the Pacific Games in 2013 and finished 6th in the medal table of those home games, winning 2 gold and a total of 33 medals.